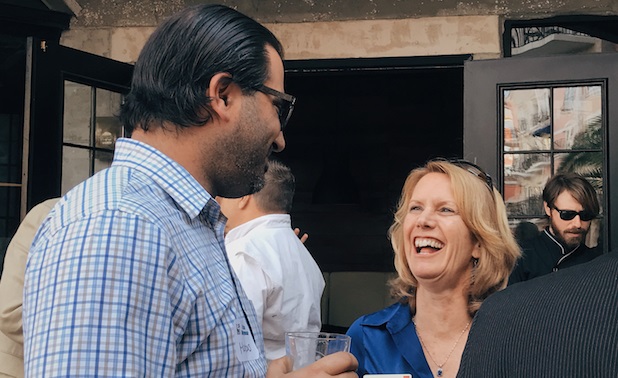 What is the most exciting venue in Palm Coast of 2018?

It is a bar and restaurant that is so impressive, we brought the Entrepreneur Night there for the second time, all within a few short months of opening. Yes, if you guessed Moonrise Brewery, then you guessed it right.

This second time around though, there was a second round of excitement. What was that, you will ask. It is the fact that the first and the only brewery in Palm Coast finally brewed their first batch of beers and started serving them, making it an official beer-launch party during the Entrepreneur Night!

On the last Tuesday of April 2018, entrepreneurs and attendees came out to making new connections and having meaningful peer-to-peer conversations! 117 attended the event, including Palm Coast’s very own, Mayor Milissa Holland

Most folks chose to enjoy the first officially brewed commercial beer, crafted and made in Palm Coast! It was a Kolsh (a style of beer, similar to a Pilsner).

We don’t need to say much, here’s a quick video from the event..