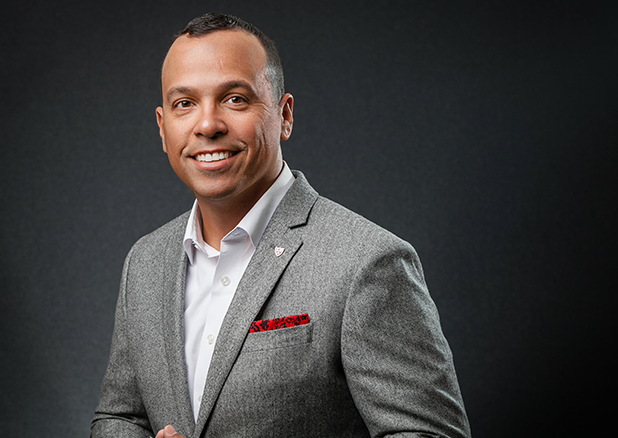 For any entrepreneur, there is no end to what could be accomplished in any given day.

For Ramon Peralta, the Founder and Creative Director of Peralta Design, that concept is doubly true. At any given moment, Ramon has any number of projects, to-dos, tasks and ideas that he could pounce on. Like any successful entrepreneur, Ramon is not just a busy man. He has a seemingly endless supply of things that need his attention.

Yet, when Ramon thinks about what is next, he’s not checking off his daily to-do list or queuing up the next brand launch. Instead, “what’s next” for both Peralta Design and its founder is more about where everything goes from here.

Peralta Design is a team of branding and start-up specialists. Their tag ling, “We Launch Brands” is more than a phrase. It’s a mantra for everything the company is about: taking the ideas and hard work of other entrepreneurs and small businesses and positioning what they do to reach a wider audience more effectively.

That work includes everything from initial branding work (including logo design and overall strategy) to video and graphic design, web and print services, mobile apps, game creation and more.

Peralta Design is a one-stop shop for everything a company needs to rise to new heights.

Ramon himself has a wealth of knowledge when it comes to kickstarting a new company. he served as Senior Art Director on the original start-up team behind Priceline.com. Yes, that Priceline.com. It was that experience which really fueled Ramon’s passion for innovation. It also taught him a lot of valuable lessons—both what it took to get that project off the ground, but also in the events that led to his exit from the Priceline team and creation of his own shop.

Having such a tremendous success early on his his career was both a blessing and a curse for Ramon. (It can be that way for many entrepreneurs.) In fact, if he could go back and do anything differently in that stage of his life, he says:

“I wish I had learned to admit my mistakes sooner.”

One of those mistakes was some admitted hubris around the creation of a flavored golf tee. An avid golfer himself, Ramon and his buddy John Packes came up with the idea after seeing countless golfers chewing absentmindedly on their tees like others might chew on a toothpick. After rolling out the project, the idea was a hit…with a clientele Ramon had not intended.

When innovating the idea, Ramon believed his audience would be passionate (and professional) golfers. He imagined his product in the golf bags of Tiger Woods and Phil Mickelson. Instead, the market saw the idea as a tchotchke. Rather than success in the more prestigious (read: serious) arena, there was significant interest in having the tees co-branded and used in giveaways, fundraising, events, etc.

With a shortening runway, Ramon pushed all in on attending yet another golf conference. He also chose to skip a merchandising event. Time and cashflow meant he couldn’t do both. He ignored what the market was telling him and went with his gut.

His gut was wrong.

Do those kinds of mistakes still happen? Absolutely, but the impact of those mistakes no longer has to deep-six a project. This is good, because the stakes are higher for Peralta Design these days.

The Hardest Days for an Entrepreneur

When people think about the process to starting their own business—often more of a dream than a plan—the expectation is that the hardest part is getting started. The mountains to climb in terms of putting together a business plan, finding investment, creating a product from scratch, marketing, etc…it’s so much to do.

Once those initial steps are done, we can just put this thing into autopilot and start collecting the checks, right?

“Things were much simpler back in those days. It’s much more stressful now,” Ramon says, “because we’re now responsible for a team.”

One of those mistakes that Ramon has learned from is how to fire a client. In the early days, it seemed like any client was a good client, and Ramon would become personally invested in both clients and their ideas—often ignoring what he knows now to be the warning signs of a deal going poorly.

And when he says personally invested, he means it.

“If I could go back, and cash in all of the stock options I took over the years instead of cash,” Ramon says, “I would be a very rich man.”

It can be a vicious cycle, but Ramon has learned that there are worse things than turning your back on a good idea or a potentially lucrative business deal. The stress, extra work and time that it takes to deal with a problem client is a drain not just to the entrepreneur, but as they grow, to the whole team as well.

A bad client saps focus and creates both issues to deal with and drama that can have long-lasting impact.

What makes a problem client worth firing?

It can be any number of things, Ramon says that the most important things he looks for from a client is being on the same page creatively. But, even a good idea and good initial meeting of the minds can be derailed by any number of factors.

One particularly sticky client had a good idea that Ramon believed in, but didn’t put in the work in a timely fashion to bring their idea to market before competitors entered the picture.

Ramon, and his team, needed to walk away.

A start-up entrepreneur in the early throes of excitement can be 100 percent about the business, but a leader needs to be about his people. That means making the hard decisions when it comes to their time and efforts and also making sure they’re taking care of so many ways in addition to financially.

It’s about understanding that success isn’t just about the number of zeroes on the bank account statement. Success is also in the smiles on the faces of the people who depend on you.

So, to answer the initial question: What’s next?

For 2019, what’s next is hiring additional staff, writing a book and launching a podcast.

While the long-term plan for Peralta Design isn’t set in stone, his talented team doesn’t need him for day-to-day operations as was the case years ago.

Figuring out what’s next is a big part of this entrepreneur’s life because he needs to make sure what he has built (and who he has built it for and with) lives on.

That kind of success makes everything else worth it.