Florida falls to Number 35 in Entrepreneurship 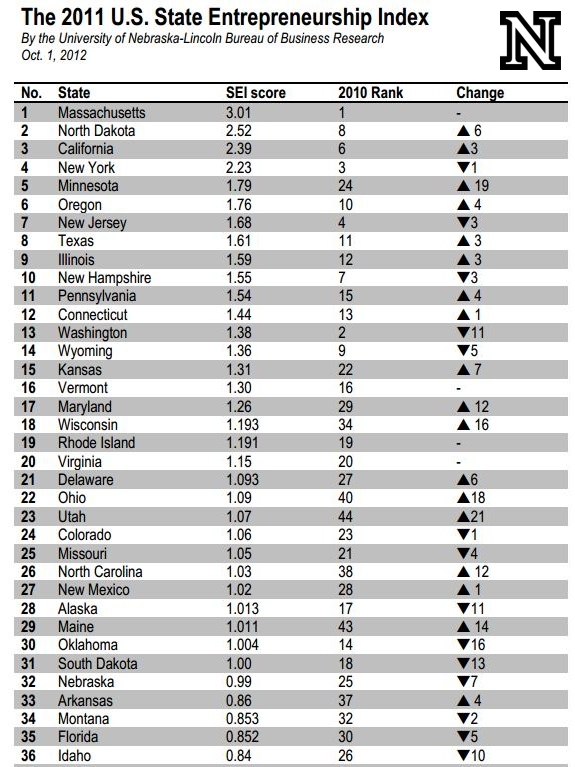 The five components of the State Entrepreneurship Index are:

Massachusetts was the highest ranked state in 2011, defending it’s 2010 spot.

Florida had a high business formation rate, number-3 in the nation, only dropping one spot (Number 2 in 2010). However when other criteria of the State Entrepreneurship Index applied, the Florida ranked 35 overall in 2011.  When it comes to income generated (in terms of business income per non-farm proprietor) Florida was number 49 in the nation, which is quite disappointing and concerning.

Complete study can be viewed/downloaded below.
PDF: 2011 STATE ENTREPRENEURSHIP INDEX